Visit these venues in person or virtually.  Many offer virtual tours and classes. 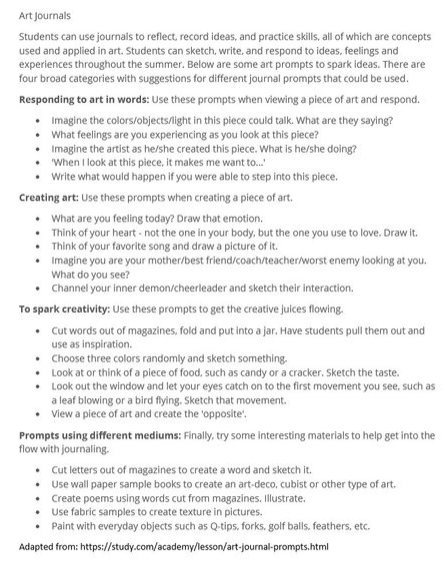 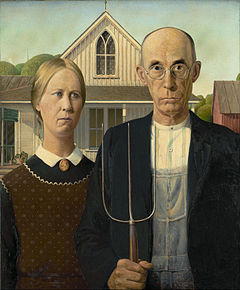 In August 1930, Grant Wood, an American painter with European training, was driven around Eldon, Iowa, by a young local painter named John Sharp. Looking for inspiration, he noticed the Dibble House, a small white house built in the Carpenter Gothic architectural style.[8] Sharp's brother suggested in 1973 that it was on this drive that Wood first sketched the house on the back of an envelope. Wood's earliest biographer, Darrell Garwood, noted that Wood "thought it a form of borrowed pretentiousness, a structural absurdity, to put a Gothic-style window in such a flimsy frame house".[9]

At the time, Wood classified it as one of the "cardboardy frame houses on Iowa farms" and considered it "very paintable".[10] After obtaining permission from the house's owners, Selma Jones-Johnston and her family, Wood made a sketch the next day in oil paint on paperboard from the front yard. This sketch depicted a steeper roof and a longer window with a more pronounced ogive than on the actual house – features which eventually adorned the final work.

Wood decided to paint the house along with, in his words, "the kind of people [he] fancied should live in that house".[1] He recruited his sister, Nan (1899–1990), to be the model for the daughter, dressing her in a colonial print apron mimicking 20th-century rural Americana. The model for the father was the Wood family's dentist,[11] Dr. Byron McKeeby (1867–1950) from Cedar Rapids, Iowa.[12][13] Nan told people that her brother had envisioned the pair as father and daughter, not husband and wife, which Wood himself confirmed in his letter to a Mrs. Nellie Sudduth in 1941: "The prim lady with him is his grown-up daughter."[1][14]

Elements of the painting stress the vertical that is associated with Gothic architecture. The upright, three-pronged pitchfork is echoed in the stitching of the man's overalls and shirt, the Gothic pointed-arch window of the house under the steeped roof, and the structure of the man's face.[15] However, Wood did not add figures to his sketch until he returned to his studio in Cedar Rapids.[16] Moreover, he would not return to Eldon again, although he did request a photograph of the home to complete his painting.[8]