Schedules are overdue! Please add yours to the OPS School Libraries notebook or send it to Laura via email and she will upload it for you.

The elementary cycle day calendar for next year is attached above.

Author funds for this year will be $1800 per school per year.

Online subscriptions form due  August 30. If your principal wants to spend funds for BrainPop or one of the Flix products, they can be included in this group purchase, so be sure to share this information.

Thanks to Dr. Diana Casey for the many ideas I borrowed from her guidelines to create this handbook. The sections in blue may be modified for your particular library. The Sections in black font color are mainly policy and should remain as is.

Once you have made changes, click on the Table of Contents page, and it should go gray. You will then be able to Update Table and the content pages will automatically sync. Nifty, right?

The handbook can always be found in the OPS School Libraries Notebook under the "Policies and Procedures" tab. 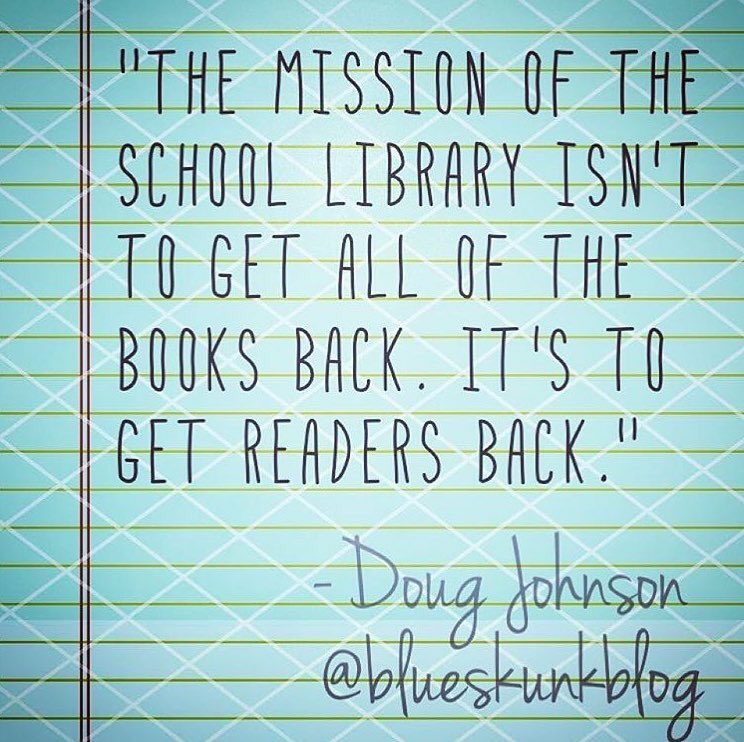 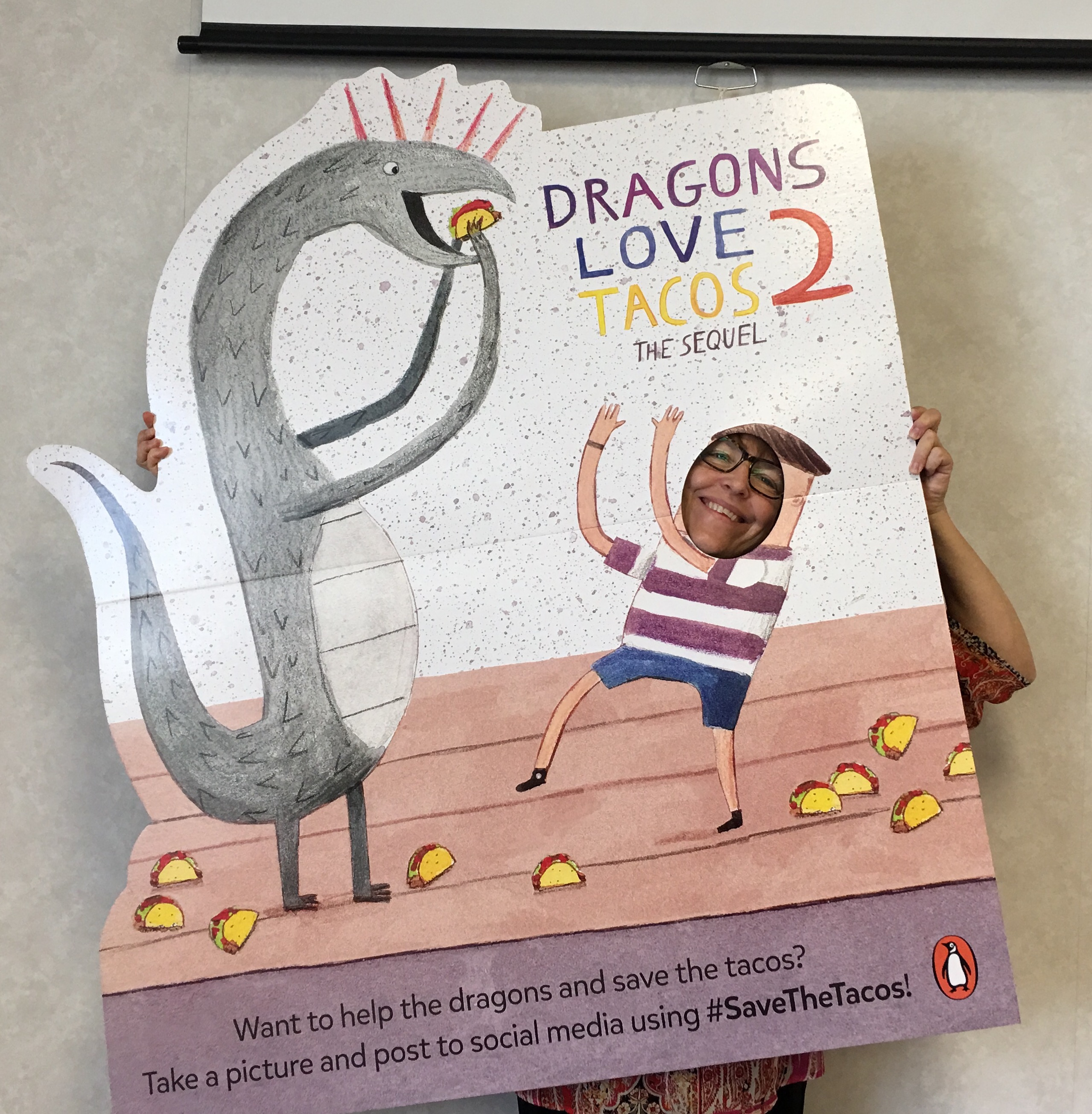 We were generously given this cut out from Bound to Stay Bound books!  We would like to set up a rotation system for this to visit schools throughout the year.  If you would be interested in having the cutout visit your library, please email Courtney and we will add you to the list!  The cutout would be available to your library for 1 week before moving on to the next school.  Our plan is to keep a list of who is interested and have the cutout move its way down the list.

Are you interested in making books for students in grades K-2 who need assistance with reading? Dixie Trevarthen provides each person with 2 identical easy readers. 1 is deconstructed and laminated. The other is used to cut out 'target' sight words. The target words are then attached w/velcro dots to a page. Students manipulate the words when they recognize them. The entire book is bound (binding machine also Dixie) and Ta Da...you have a book. She also has a simple book with sheet protector pages printed from the Makerboard (Special Ed uses) which is a rebus book. Then the pages are attached together with fancy duct tape...very cool. I kept mine.  She will provide materials as it is from the ESU.   (Kim Beebee--Jackson Elementary)

If you are interested in attending, please email Courtney with any and all dates (Sept 20/21) that work for you.  Location TBD based on size of group. 4:45 PM to approximately 6:15 PM.  This opportunity is for one day.  We are looking for which day would work best for the most people. 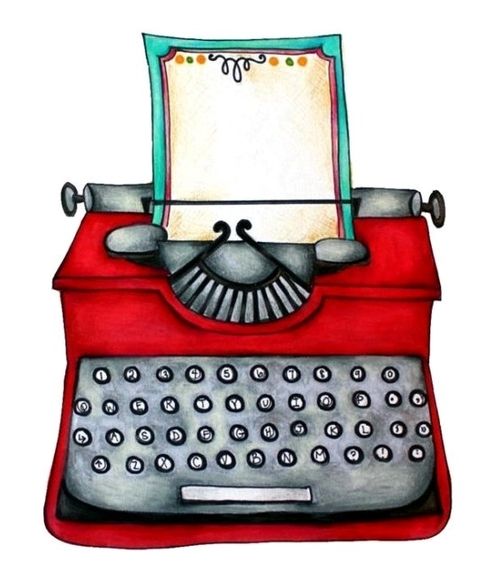 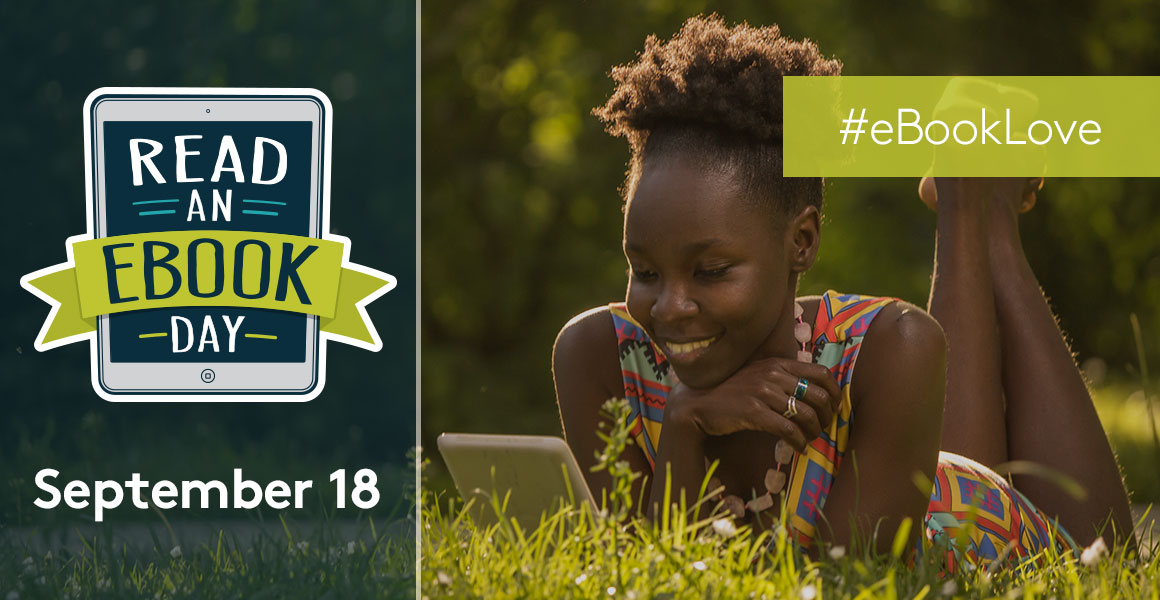 Join in this celebration of modern storytelling by sharing your #eBookLove, spreading the word about eBooks and, of course, reading something great! Follow OverDrive on Twitter and Facebook for the latest updates.

Librarians Vote for the Top 100 Must-Have YA

In November of 2015, School Library Journal released a poll to investigate what professionals in the field would call their “Top 100 Must-Have YA titles.” The survey received 274 responses; of those who identified themselves, 29 percent work in a public library and 43 percent in a school library (18 percent in a high school library, 12 percent in a middle school library, four percent in an elementary school library, and nine percent in another type of school library). While opinions varied on what constitutes a young adult book, it’s clear that both genre fiction and contemporary works have made significant contributions to the corpus of titles marketed to teen readers.

What makes a novel “YA”?

The survey asked participants to consider how they “distinguish between titles for middle schoolers and high schoolers.” When the survey was posted on SLJ’s website, SLJTeen and YA reviews editor Shelley Diaz wrote that “the general consensus finds that young adult novels are targeted to readers ages 12 and up.” Survey comments reveal that many felt the term YA applied to a slightly older demographic. The age of a book’s main character helped around 20 percent narrow down their submissions for the list; one person noted that “I left off anything that had a protagonist who wasn’t in high school.” Another stated: “The protagonist being older than 14 is usually my first determining factor—a protagonist who is 16–18 years old is ‘classic’ YA to me.” This same commenter went on to say, “[I consider] if the protagonist is facing challenges unique to what teens around 16–18 face—lots of firsts and coming into their own.” This leads to another commonly reported method of how to decide which titles to submit: content.

More than 30 percent of comments included some reference to looking for material appropriate to the age they defined as being young adult: “Lighter themes for middle schools, darker themes for high school,” said one person, while another asks, “Does the book contain themes of learning to define oneself as part of some larger world rather than solely within the context of friends or family? Does the book contain mature themes that I would hesitate to recommend to anyone younger than 12?”

For some 20 percent, there was no need to distinguish between middle and high school. “The lines are so often blurred and open to interpretation,” said one respondent. “I know too many kids who cross the age boundaries” and “I think there are more ‘crossover’ readers than adults often believe” are statements that echo that sentiment.

While two of the top 10 titles can be considered “diverse” (The Absolutely True Diary of a Part-Time Indian and Eleanor & Park), only a total of seven books in the top 50 feature protagonists or subjects from marginalized cultures. Even though the We Need Diverse Books movement was already in full swing by the time this poll was posted, the majority of responders didn’t include diverse titles in their top 100 picks. Diaz has written a follow-up piece to address this gap.

Below are the top 10 books that librarians responding to SLJ’s survey believe are essential for YA collections. Readers can also download a PDF of the full top 100 list. Did your favorites not make the list? Feel free to add in the comments.

Just a few ideas for Banned Books Week coming up September 24-30, 2017.  Sources & resources are hyperlinked to the pictures unless noted. 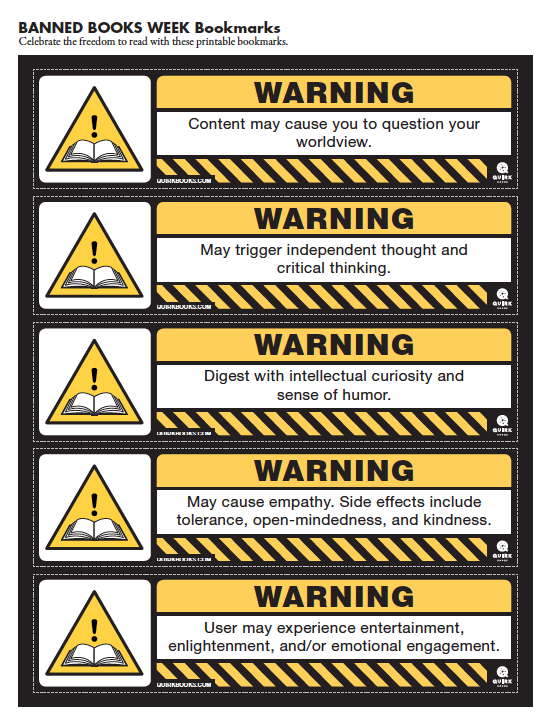 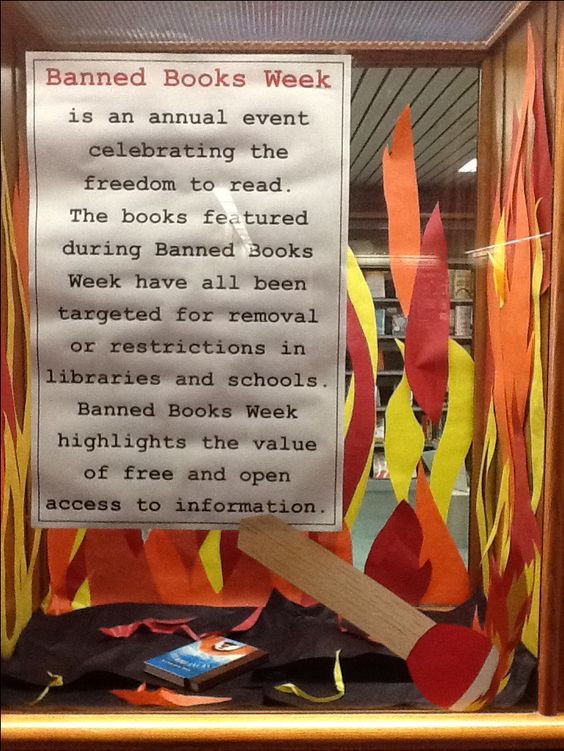 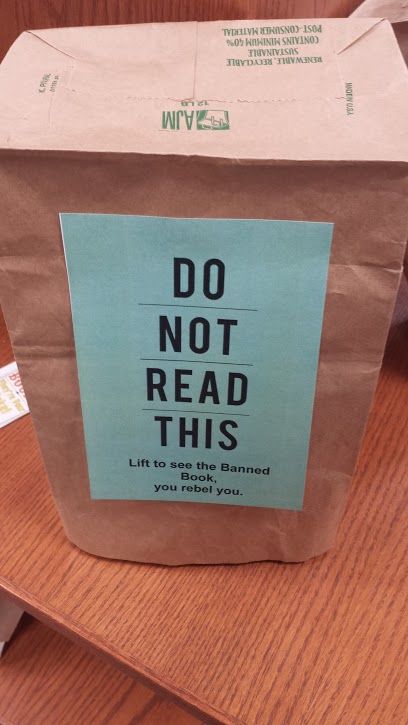 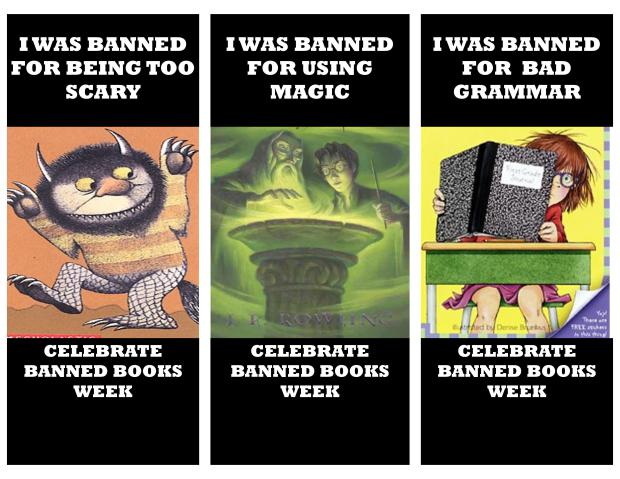 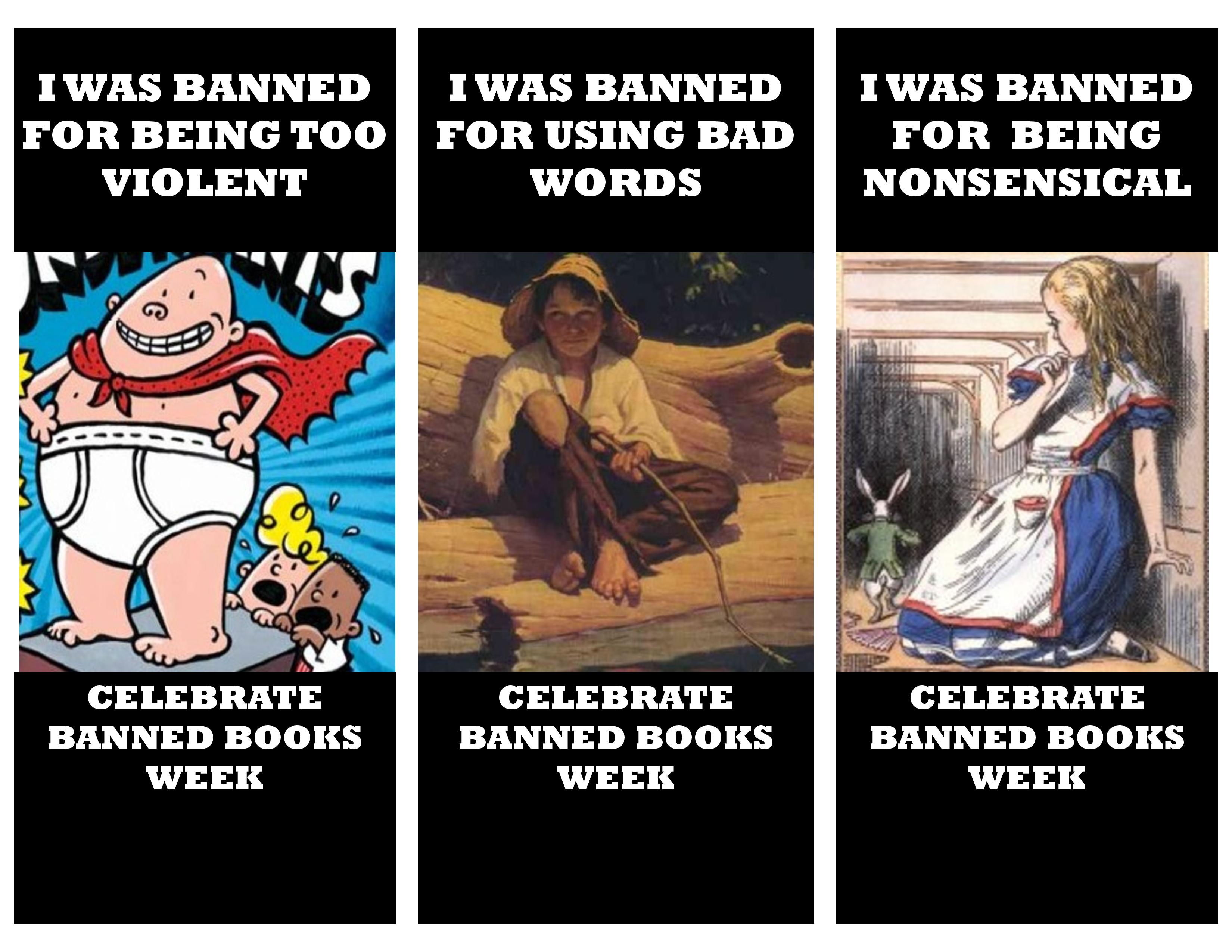 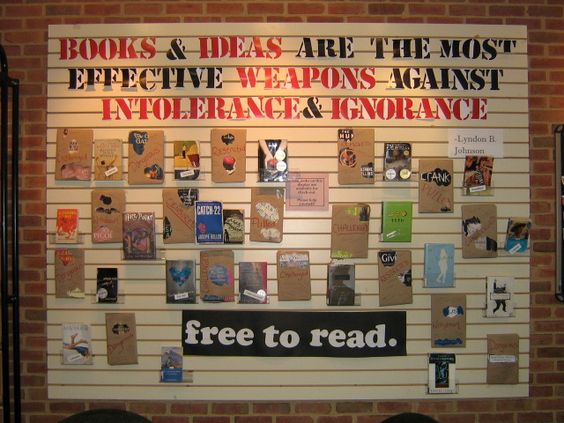 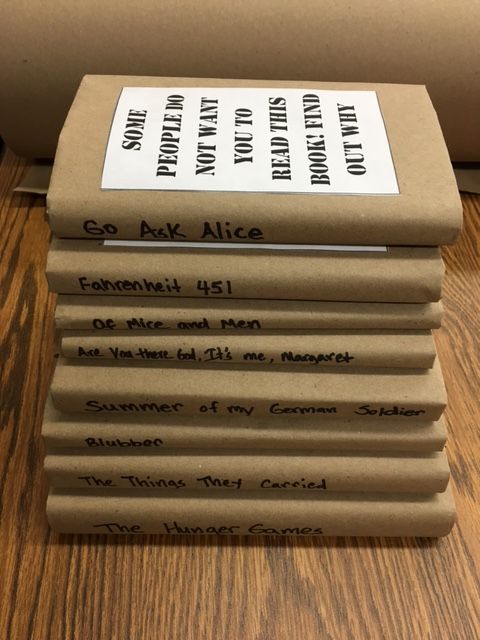 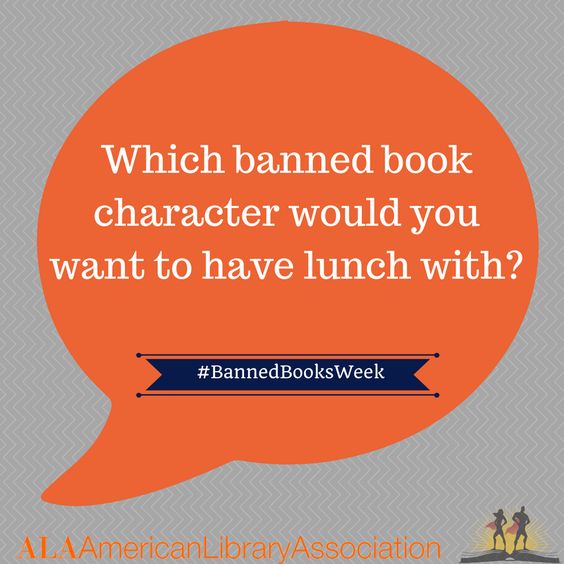