iPads for Your Library!! Click here for application and details!

P.S. If you are doing anything for Digital Citizenship week (Oct 16-20) in your library, let me know!  And, send me a picture if possible.  I feel like I should have known it was DigCit week before today, my apologies.  (Courtney)

Strategies for Teaching Students Who Challenge Us

Strategies for Teaching the Students Who Challenge Us

Jeffrey Benson has worked in almost every school context, as a teacher and administrator. He is currently a consultant and author of the ASCD books Hanging In: Strategies for Teaching the Students Who Challenge Us Most and Ten Steps to Managing Change In Schools: How do we take initiatives from goals to actions? Host Chaunte Garrett is the chief academic officer for Rocky Mount Preparatory Schools, an education consultant, and an ASCD Emerging Leader. The internationally known and sought after classroom management gurus, authors of the bestselling First Days of School and THE Classroom Management Book, Harry & Rosemary Wong share all 15 years of their timeless Effective Teaching articles, written exclusively for Teachers.Net Gazette, right here in one place for easy access.

Why Does the Moon Turn Red?
Grades: PreK-3

Your students can discover why the moon turns red during a total lunar eclipse (and no, it’s not because of ghosts!) in this Ready Jet Go! clip. Discover More 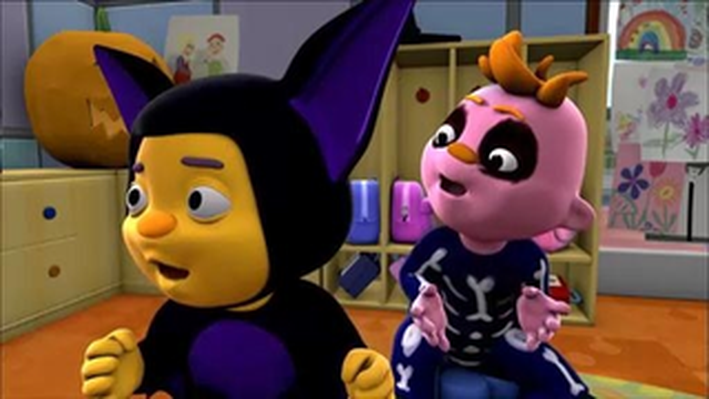 In these Halloween segments from Sid the Science Kid, kids learn that bats are helpful creatures that catch mosquitoes, spiders are expert web builders, and cats have fantastic leaping abilities. They also learn that skeletons help hold up our bodies, and slime can be a solid or a liquid depending on its composition.  Discover More

Halloween traditions go back thousands of years! Learn about the history of the ghoulish holiday with your kids. Discover More 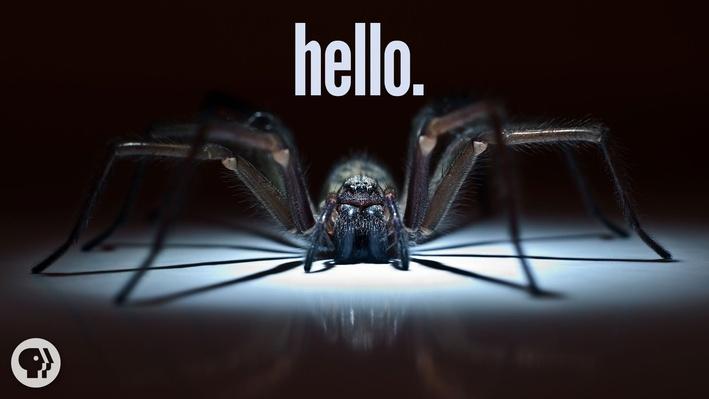 I'm scared of spiders. I'm not afraid to admit it. I love them in a scientific sense, or from a "let me look at you from way over here" sense, but that's as close as I get. Here's a look at the science of why some of us are afraid of spiders, snakes, roaches, and other creepy crawlies. Did I evolve to be this way, or did I learn to be afraid of them? It seems to be an open question…  Discover More

If you are not teaching lessons with Halloween or Thanksgiving as their basis in October or November, consider the following:

Bats or Owls and/or other Nocturnal Animals

Life Cyle of a Pumpkin, an Apple, or an Acorn

What happens on a farm at harvest time

If you haven't looked to see what is new in OverDrive recently, you should check it out!  Some of the latest and greatest titles have been added in addition to more audiobooks at the elementary level.

You will also start seeing the OverDrive books showing up in your catalogs, level specific (elementary, middle & high), as we are now able to add MARC records to our new cataloging system,

Let Stacy know if you have a title or series or subject you would like to see added!  Not sure how to use OverDrive with your students, let us know, and we would be happy to help you out.

Darby Creek titles are a good choice for students in middle and high school who are not yet reading on grade level. The subject matter is YA appropriate while the reading level is typically around 4th grade. Below are a couple examples of the titles published in 2017. Find them in Titlewave

Chances are, if you’re an educator or school media specialist, you’ve learned many techniques for combating hateful and bullying behavior in school. One method in particular has stepped to the forefront of these educational tactics: social emotional learning, or SEL. But what is it?

Social emotional learning can be described as the development of skills that help children cope and thrive, socially and emotionally. It fosters empathy, understanding, and resilience and offers a way for educators and librarians to teach children and teens how to relate positively to one another. Part of the mission of SEL techniques is to get beyond simplistic understandings of victims and bullies.

As adults, we all have some preconceived notions about why people participate in bullying. It’s important to remember that bullying is a behavior, not a descriptor. Librarians and teachers may want to start by reading Verywell’s “10 Common Myths and Misconceptions About Bullying.”

In recognition of October being National Bullying Prevention Month, we offer the following tools addressing SEL basics; tips for teens, parents, and educators; signs of a healthy friendship; and more.

Bullying and Cyberbullying Statistics and Statutes

Resources for Educators and Administrators

Resources for Families and Caregivers

What Bullying Is and Is Not  Topic Summary

Bullying is a phrase we hear regularly and often: in the media, on TV shows and movies, in schools and in conversations among both adults and children. Parents, students and schools are rightfully worried about bullying. It is a problem and cause for concern but may not be as widespread as many think because the term “bullying” is often used as an umbrella to describe all kinds of mean behavior—from a rude comment to a conflict between two people to a one-time physical altercation. In the U.S., 22% of students age 12-18 report being bullied at school and 28% of young people will experience cyberbullying over the course of their lifetime.

Bullying is defined as follows:

The repeated actions or threats of action directed toward a person by one or more people who have or are perceived to have more power or status than their target in order to cause fear, distress or harm. Bullying can be physical, verbal, psychological or any combination of these three.

Here’s a definition to use for younger, elementary age children:

When a person or a group behaves in ways—on purpose and over and over—that make someone feel hurt, afraid or embarrassed.

It is important to distinguish bullying from other unkind, mean and harmful behavior. Calling someone a name or pushing someone once, being rude or having an argument with someone is not bullying. Of course, these behaviors should be addressed but may have different consequences and interventions, which is why the distinction is critical. To be defined as bullying, all three components must be present: (1) repeated actions or threats, (2) a power imbalance and (3) intention to cause harm. If bullying is identified correctly, there are various ways to address it.