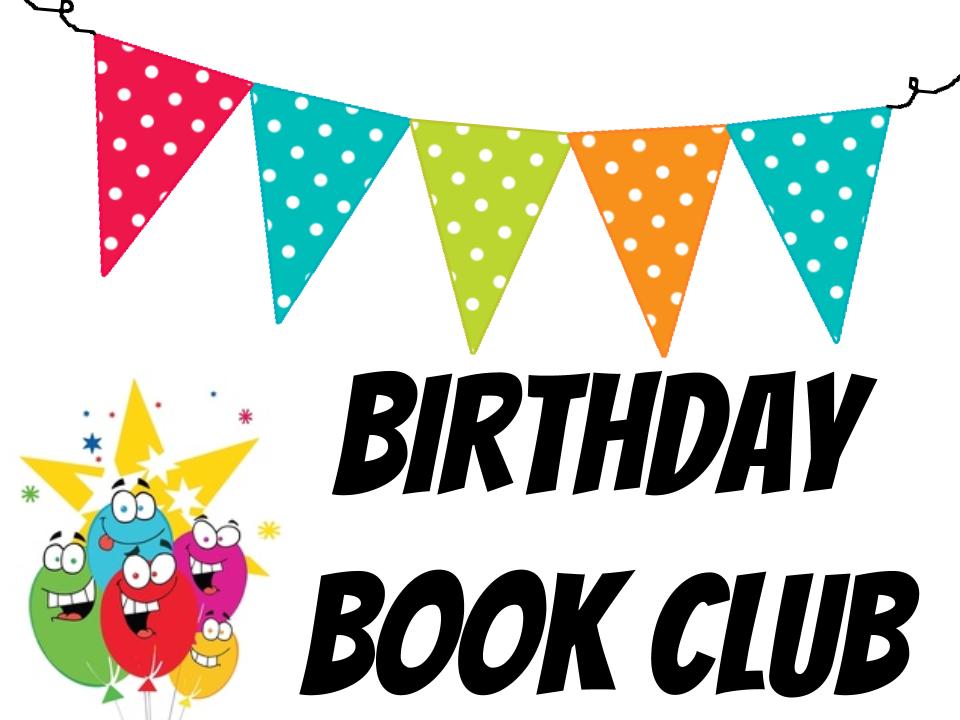 For $5.00 your student will choose a new library book to place their name just inside the front cover.  Each birthday student also will receive a book bag, birthday pencil, bookmark and a treat.   He or she chooses a birthday hug or a birthday handshake.  Birthday students keep everything but the library book which they may enjoy with their family for a week then it is placed on the library shelves for anyone to check out and enjoy.

Thank you to all who make this club successful year after year!

*This is A Taco! by Andrew Cangelose

*We Don't Eat Our Classmates! by Ryan T. Higgins

*Got to Get to Bear's by Brian Lies

*Thank You, Oma! by Oge Mora

*The Donkey Egg by Janet Stevens and Susan Stevens Crummel

The Next Great Paulie Fink by Ali Benjamin

*Ruby in the Sky by Jeanne Zulick Ferruolo

*Strongheart: Wonderdog of the Silver Screen by Candace Fleming

*The Miscalculations of Lightning Girl by Stacy McAnulty

Max and the Midknights by Lincoln Pierce

*Hope in the Holler by Lisa Lewis Tyree

*The Unsung Hero of Birdsong, USA by Brenda Woods