Your monthly news from the OPS Library Services Staff

This page is still under construction. Check back on October 31 for the completed guide.

Below you will find resources to use for Native American Heritage Month in November and as you plan activities or teach lessons related to Native Americans throughout the school year.  A special thanks to Echohawk Lefthand, the director of the N.I.C.E. program, for reviewing the resources in this newsletter.

Message from Office of Equity and Diversity (Nov 2017)

The National Congress of American Indians states "November is Native American Heritage Month, or as it is commonly referred to, American Indian and Alaska Native Heritage Month.  The month is a time to celebrate rich and diverse cultures, traditions, and histories and to acknowledge the important contributions of Native people. Heritage Month is also an opportune time to educate the general public about tribes, to raise a general awareness about the unique challenges Native people have faced both historically and in the present, and the ways in which tribal citizens have worked to conquer these challenges." (http://www.ncai.org/initiatives/native-american-heritage-month).

Indigenous people of America have been called many names such as Native American, American Indian, First Nations, Indigenous people, which are all appropriate, but the most appropriate name would be the name of the respective Nation you are referring to. Just as, Euro Americans are English, French, Scandinavian, Polish, etc. we have Umoho, Ponca, Hochunk, Santee Sioux, Lakota, Navajo, etc..  In the United States alone there are 567 federally recognized Nations and even then there are some who are not recognized by the federal government and they all have their own identity and are independent from each other.  Above all using the images of popular main stream culture is not appropriate, such as the mascots of some of our professional sports teams, in particular the Washington R** S****.  These names and images should NEVER EVER be used to relate to Native Americans.  Former American Psychological Association President Ronald. F. Levant, EdD states:

"The use of American Indian mascots as symbols in schools and university athletic programs is particularly troubling because schools are places of learning. These mascots are teaching stereotypical, misleading and too often, insulting images of American Indians. These negative lessons are not just affecting American Indian students; they are sending the wrong message to all students." (http://www.apa.org/pi/oema/resources/indian-mascots.aspx)

Throughout the history of Indigenous people of America there has been many atrocities and trauma resulting from colonization, genocide, boarding schools, relocation programs, and media depictions of Indigenous Nations. These depictions have led many of our youth to become ashamed, embarrassed, angry, confused and unhappy with themselves. Which has led to many  of the disparities our people face today such as: substance abuse, violence, suicide, chronic diseases, and poor academic achievement to name a few. The name given to the result of all these trauma events is Historical Trauma; Historical Trauma is defined by Maria Yellow Horse Brave Heart, PhD as “cumulative emotional and psychological wounding across generations, including the lifespan, which emanates from massive group trauma.” (http://www.nationallatinonetwork.org/images/files/Historical_trauma_Handout.pdf)

Some key things to keep in mind:

If there are are any other questions, feel free to ask.

Above all and despite our history and our trauma, we as Indigenous people of America are still here. Our respective cultures is rich with stories, songs, humor and teachings about life. The basic core of all Indigenous people is we are children of the earth, respect is given to the Universe around us, from the water, earth, air, and fire all around us and within us we are a part of this experience. Together with our brothers and sisters of the Earth, we can work together to make the world a better place for our children.

Within Omaha Public School district there are over 1000 students who have registered with our NICE program and a great deal who have not. Our NICE program is here to educate and empower Indigenous students, families, and communities to seek and achieve holistic well-being through self-advocacy, cultural strengths and academic excellence. We can also assist Teachers, Principals and any other staff members with any topics related to Indigenous people, all it takes is an email or a phone call to the Native Indigenous Centered Education program.

If there are any questions, suggestions, or anything at all please feel free to email or call Echohawk Lefthand, NICE Director (echohawk.lefthand@ops.org or 531-299-9295).

There are many sites which give information about various issues on Native American issues, history, and culture it’s important to recognize what information sounds stereotypical, references Native people in past tense, and even sites which operate for profit. These are a few we recommend:

Webcast on Transforming Teaching and Learning About American Indians 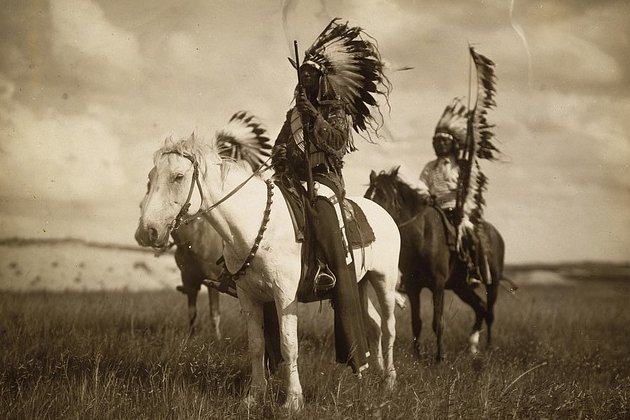 The National Museum of the American Indian (NMAI) is offering a free symposium broadcast on November 1, 2018, from 2:00 p.m. to 5:30 p.m. (ET). Educators are invited to watch live on that day to hear experts discuss the need and explore how to transform education about Native Americans to inspire a more comprehensive vision of history and shared experiences. Educators tuning into the webcast will learn about NMAI’s national education initiative, Native Knowledge 360º.

Native Voices Books.  This letter is from 2017, but the information is still applicable today. 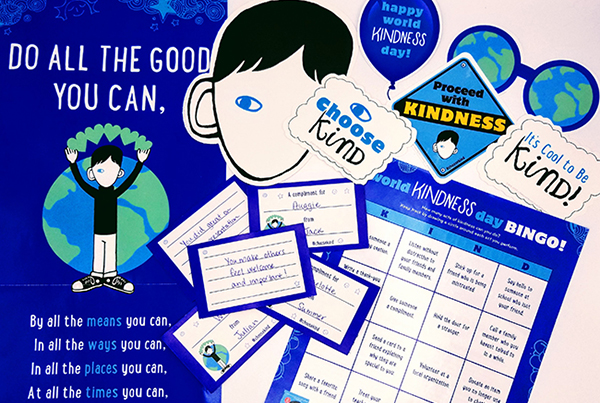 We want to help you #choosekind on this special day. Click the link to download a Wonder World Kindness Day kit or sign up to receive one in the mail.* The kit includes activity suggestions, photo props, compliment cards, and a poster!

*Please note: To receive a physical kit in time to celebrate on November 13, you must sign up by October 31. We are happy to send a kit after that day, but it may not arrive on time!

Nearly half a million students, teachers, and guest experts will connect via Skype to see how many virtual miles we can travel around the world in 48 hours.

Our mission is to open hearts and minds by raising awareness of different cultures, values, and perspective, and to help support a quality education for thousands of student around the world.

Schedule your calls via Skype in the Classroom

In 1620, the Pilgrims traveled from England to Cape Cod. They went on a 66-day journey where they faced exposure, disease, and death in an unfamiliar land. Watch and learn from this collection of reenactments and expert interviews.
Discover More
Native American Heritage Month  K-4

Remind your youngest students how important it is to say thank you to their friends, parents, and other people in their life! Discover More

Resources from the following websites in the link below:

The Library of Congress

National Endowment for the Humanities