Check It Out: Capitol Riots Resources

Your monthly news from the OPS Library Services Staff

Click above, read the information provided, and submit your ideas and opinions. 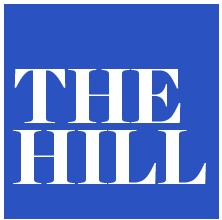 ProPublica is an independent, non-profit newsroom that produces investigative journalism in the public interest.

Viral Rumor Rundown from The Sift NO: The facial recognition company XRVision did not identify supporters of the antifa movement among the mob who stormed the U.S. Capitol building on Jan. 6. YES: The openly conservative Washington Times published a report falsely claiming that XRVision had “matched two Philadelphia antifa members to two men inside the Senate.” NO: This is not true. YES: The Times removed the story from its website on Jan. 7 and replaced it with a new version with a correction. YES: Florida Republican Rep. Matt Gaetz cited the incorrect report in remarks he made on the House floor after the Capitol was secured and repeated the false claim that some of the rioters were “members of the violent terrorist group Antifa.”

Note: Antifa is an unofficial anti-fascism movement and not an established organization. NO: Capitol Police officers did not simply let this pro-Trump mob through the barricades surrounding the Capitol building on Jan. 6. YES: Marcus DiPaola, the freelance journalist who shot this video and posted it to TikTok as part of his coverage of the Capitol riots, told PolitiFact that the police “definitely didn’t just open the barriers.” YES: A number of other videos show vastly outnumbered Capitol Police fighting to protect the Capitol, including at an initial barrier on the perimeter of the Capitol grounds. YES: Some video clips also seem to show police not resisting the rioters, and at least one police officer appeared to allow a rioter to take a selfie with him. NO: This photo does not show Senate aides protecting Electoral College votes as the Senate chamber was evacuated on Jan. 6. YES: It shows aides carrying the ballot boxes from the Senate to the House chamber to be certified about an hour before rioters breached the Capitol building. YES: Parliamentary floor staff were credited with saving the ballot boxes from the mob. NO: This video is not footage of the Jan. 6 attack on the Capitol building. YES: It is footage of disability rights activists protesting proposed Medicaid cuts in a Republican health care bill at the Capitol in June 2017.

Resources for Comparing Perspectives in the News

GET TO KNOW WHAT THE OTHER SIDE THINKS A website designed to open your mind by showing you what you‘re missing in current events, historic conflicts and classic debates due to filter bubbles.(Note: This has not been updated to reflect yesterday's events)

What is Fake News? The main agreement Americans have when it comes to “fake news” is that it’s a threat — a very serious one, say 56% of those polled for American Views: Trust, Media and Democracy, a 2018 report from the John S. and James L. Knight Foundation.

But exactly what “fake news” means varies, according to the report, which analyzes the results of the 2017 Gallup/Knight Foundation Survey on Trust, Media and Democracy.

“People knowingly portraying false information as if it were true”? Yes, that’s always “fake news,” say 48% of those surveyed (46% said that “sometimes” that is the case).

“Journalists reporting stories before they check all their facts and sources to be sure they are accurate”? Yes, “fake news,” agree 35% — although nearly 60% conceded that they would consider that to be “fake news” only “sometimes.”

One startling finding: 28% of those polled said that, yes, “accurate stories casting a politician or political group in a negative light” are always “fake news.” And 50% said they would “sometimes” consider that to be “fake news.”

Adding to the plethora of meanings, the study provided its own: In setting up that question for those polled, it described “fake news” as “inaccurate information presented as an objective news story and designed to deceive people in some way.” The authors also wrote: “The research community often defines ‘fake news’ as misinformation with the appearance of legitimately produced news but without the underlying organizational journalistic processes or mission.”

Perhaps it’s best to avoid the phrase for the reasons given in 2017 by Claire Wardle and Hossein Derakhshan in their report, Information Disorder: “We refrain from using the term ‘fake news’, for two reasons. First, it is woefully inadequate to describe the complex phenomena of information pollution. The term has also begun to be appropriated by politicians around the world to describe news organisations whose coverage they find disagreeable.”

Directions: Watch the video, read the summary below and answer the discussion questions. To read a transcript of the video, click here.

Summary: The nation on Wednesday witnessed a grave breach of its democratic traditions. For the first time in American history, supporters of the losing presidential candidate forcibly disrupted the official counting of electoral votes.

Several different U.S. departments and law enforcement agencies were sent to Washington D.C. including the National Guard during Black Lives Matter protests over the summer, which were overall very peaceful. Contrast this with Wednesday’s insurrection at the nation’s Capitol in which individuals stormed the halls of Congress. Caption for photo #1: A supporter of President Donald Trump being walked down the steps of the Capitol during the insurrection in Washington D.C. Jan. 6, 2021. Courtesy: CNN (screenshot)

Caption for photo #2: Lone activist Ieshia Evans stands her ground while offering her hands for arrest as she is charged by riot police during a protest against police brutality outside the Baton Rouge Police Department in Louisiana, July 2016. Evans, a 28-year-old Pennsylvania nurse and mother of one, traveled to Baton Rouge to protest against the shooting of Alton Sterling. Sterling was a 37-year-old black man and father of five, who was shot at close range by two white police officers. REUTERS/Jonathan Bachman